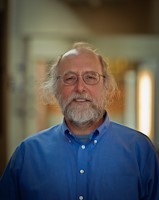 Professor Emeritus in the Department of Computer Science  & Engineering at the University of Washington
Alan Borning is Professor Emeritus in the Department of Computer Science  & Engineering at the University of Washington.   His research  interests for the first half of his career were primarily  in constraint-based and object-oriented languages and applications; he  was also one of the founding members of Computer Professionals for  Social Responsibility in the early 1980s.  More recently he worked on  human computer interaction and value sensitive design; some example  projects include the UrbanSim urban simulation system, OneBusAway (a set  of tools that provide real-time transit information), the Living Voters  Guide (an experiment in social media and civic engagement), and  critiques and alternatives to surveillance capitalism for providing IT  services.  He received a BA from Reed College in 1971, and a PhD in  computer science from Stanford University in 1979, co-advised by Alan  Kay and Terry Winograd. Awards include a Fulbright Senior Scholar Award  for lecturing and research in Australia, and being named a Fellow of the  Association for Computing Machinery in 2001.
Talk: Using Value Sensitive Design for Research on Sustainable ICT
Value Sensitive Design (VSD) is a theory and methodology that seeks to account for human values in a principled and comprehensive manner in the design of technology. Sustainable ICT research projects often involve important values, such as human health and welfare, respect for the natural world, privacy, and trust; and also complex interactions and conflicts among multiple stakeholders. VSD can thus be a useful tool to use in such projects, in concert with other methods. Alan will first give an overview of VSD, and then describe a project in sustainability in which VSD played a key role, namely, informing public deliberation regarding major land use and transportation decisions with the results from a sophisticated computer simulation of urban development. Following that, Alan plan an interactive session in which we work together on how VSD could be applied to one or more of the research topics of the doctoral school participants.
 Watch the talk here !
All Speakers