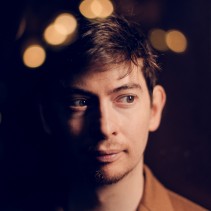 Philosopher, scientific director of Origens Media Lab, co-founder of the Closing Worlds initiative, and teacher-researcher at ESC Clermont Business School
Alexandre Monnin is a philosopher, scientific director of Origens Media Lab, an independent laboratory dedicated to the challenges of the Anthropocene and co-founder of the Closing Worlds initiative. He is also a teacher-researcher in a management school (ESC Clermont BS) where he directs the Master of Science "Strategy & Design for the Anthropocene" (https://strategy-design-anthropocene.org/), run jointly with Strate Ecole de Design in Lyon. He was a researcher at Inria from 2014 to 2017, a Fellow at the IKKM (University of Weimar) in 2013 and head of web research at the Institut de Recherche et d'Innovation (IRI) of the Centre Pompidou from 2010 to 2013.
He is also a member of the board of directors of the 27th Region and the scientific council of CY Ecole de Design, Strate Ecole de Design, the National Music Center, Chemins de la Transition in Quebec and the 100% Transitions initiative. In 2013, he was appointed member of the network of experts of the Etalab mission under the responsibility of the Prime Minister.
After focusing on the philosophy of the Web (Philosophical Engineering, edited with Harry Halpin, Wiley Blackwell 2013) and on the environmental issues of ICT, his work now focuses on ecological redirection, a current he initiated with Diego Landivar and Emmanuel Bonnet.
In May 2021, he published a book entitled Héritage et Fermeture. Une écologie du démantèlement, co-authored with Diego Landivar and Emmanuel Bonnet (finalist for the 8th prize for political ecology books). He has just published a new book, edited with Laurence Allard and Nicolas Nova, entitled Ecologies du Smartphone (Le Bord de l'Eau, 2022).
Talk: Digital technologies as zombie and obsolete futures: alternative perspective for the Global North
Digital technologies still give an image of the future we should live in. While this future tends to be increasingly described as a dystopian one, an additional question needs to be asked: not only "should it happen?" but "will it simply happen?" and "for how long?" Some even go as far as to call digital technologies "zombie technologies" (José Halloy). Would ICT be a prime example of an obsolete future? On the 1st of July 2022, Ben Rienhardt tweeted that he wondered "if 50 years from now we're going to look back at how we've redesigned our world around computers with the same regret that people look back at how we redesigned cities around cars.". Indeed, it is very much possible that we'll only consider the necessity to de-digitize only once we've fully digitized society. Hence, how should we rethink ICT's trajectory in the future? Especially in the North. We will try to raise and answer some of these questions in this talk.
 Watch the talk here !
All Speakers