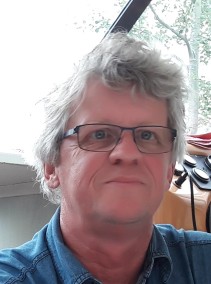 Electronic and computer science engineer, public affairs organization in STMicroelectronics and chairman of a European task force on green ECS
Patrick Blouet is an electronic and computer science engineer. He holds a Master degree from ENSERB in 1981 in France. He worked in different companies before STMicroelectronics where he was in charge designing and developing system in the area of telecommunication, image processing hard real time, multi processors systems with a very strong background in software development. He then joined STMicroelectronics where he had several responsibilities in the domain of development tools and application around DSP and complex processors chips. He also had marketing responsibilities for telecom products and was in charge of the architecture group for mobile application processors in ST. He then moved to the corporate partnerships and public affairs where he created and managed several big projects at European level. He contributed in several European clusters like Catrene, ETP4HPC and was deeply involved in the creation and set-up of the 1st IPCEI on microelectronics in Europe. Patrick is now part of the public affairs organization in ST and chairman of a European task force on green ECS whose objective is to look at reducing environmental impact of electronic.
All Speakers