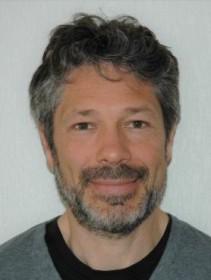 Professor, Electrical Engineering
UCLouvain, ICTEAM
Jean-Pierre Raskin received the Industrial Engineer degree from the Institut Supérieur Industriel d'Arlon, Belgium, in 1993, and the M.S. and Ph.D. degrees in Applied Sciences from the Université catholique de Louvain (UCLouvain), Louvain-la-Neuve, Belgium, in 1994 and 1997, respectively. In 1998, he joined the EECS Department of The University of Michigan, Ann Arbor, USA. He has been involved in the development and characterization of micromachining fabrication techniques for microwave and millimeter-wave circuits and microelectromechanical transducers/amplifiers working in harsh environments. In 2000, he joined the Microwave Laboratory of UCLouvain, Louvain-la-Neuve, Belgium, as Associate Professor, and he has been a Full Professor since 2007. From September 2009 to September 2010, he was visiting professor at Newcastle University, Newcastle Upon Tyne, UK.

His research interests are the modeling, wideband characterization and fabrication of advanced SOI MOSFETs as well as micro and nanofabrication of MEMS / NEMS sensors and actuators, including the extraction of intrinsic material properties at nanometer scale.
He is author or co-author of more than 350 scientific journal articles. He has been IEEE Fellow since 2014. He was the recipient of the Médaille BLONDEL 2015, the SOI Consortium Award 2016, the European SEMI Award 2017 and the Médaille AMPERE 2019 in recognition in his vision and pioneering work for RF SOI.
IngénieuxSud guides the students towards a better understanding of the political, social, economic, environmental and cultural stakes of our societies and stimulates changes in values, attitudes and behaviors. This lecture changes the mindset of students towards considering parameters related to sustainable development, appropriable technologies and social justice in the analysis, design and implementation of projects. Prof. Jean-Pierre Raskin trained and guided more than 950 IngénieuxSud students those last 7 years during their projects in collaboration with the Southern partners.
IngénieuxSud initiative received the European Global Education Innovation Award 2017.