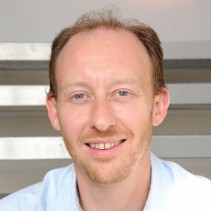 Assistant professor in history of science & technology at Conservatoire national des arts et métiers (Cnam) Paris
Loïc Petitgirard is assistant professor in history of science & technology at Conservatoire national des arts et métiers (Cnam) Paris. He is currently director of the Laboratoire d’histoire des technosciences en société (HT2S, EA 3716). He was trained in mathematics and physics, then received a PhD in history of science in 2004. At Cnam his research progressively evolved from history of science and technology, to history of innovation, social history of institutions and STS (Science and technology studies) at large. History of computer sciences, from applied mathematics to the emergence of microcomputers, is one of his focus. He is Editor in chief of the academic journal Cahiers d’histoire du Cnam. He also teaches history of innovation, social history and science communication in the Departement of Innovation at Cnam.
Talk: From the Micral (1972) to the IBM PC (1981): the first micro-computers as technological products and cultural projects
This talk is an invitation to go back to the 1970s on the tracks of the first micro-computers. Computers design and the computer industry were already strongly prompted by Moore's law in microelectronics, offering new opportunities every two years to be ceased by manufacturers. But the invention and development of micro-computers do not fit in a linear narrative: it was not merely the downsizing of devices driven by computer manufacturers. It is more a detour from such a narrative. It is rather a story that was driven by outsiders and new manufacturers. It has many local variations, especially when looking carefully at the french context (giving rise to the Micral, considered the first micro-computer in the history) and the USA, in the Silicon Valley where Apple, Microsoft and so many actors in the microcomputing business emerged.

Eventually, after 1981, the advent of the IBM PC steered a standardization of micro-computers. Sales and numbers of users rose. The industry found sort of a new roadmap for its development. That has drawn our everyday experience with computers until today. But the 1970 decade, before the PC, shows that cultural context, different imaginaries, and ideals nourished the design and manufacture of such technological products. We can show what was meaningful for those pioneers of micro-computing. It resonates with very contemporary issues such as the search for more sobriety, simplicity, and low-cost technology.
 Watch the talk here !
 View the slides here !
All Speakers